What is geoexchange technology?

Geoexchange technology uses the earth's renewable energy, just below the surface, to heat or cool a home or other building, and to help provide hot water.

How does it work?

A few feet beneath the surface, the earth's temperature remains fairly constant -ranging from 7º or so in Canada's northern latitudes to about 20ºC in the US deep south -year round. Geoexchange takes advantage of this constant temperature to provide extremely efficient heating and cooling.

In winter, a water solution circulating through pipes buried in the ground absorbs heat from the earth and carries it into the home. The Geoexchange system inside the home uses a heat pump to concentrate the earth's thermal energy and then to transfer it to air circulated through standard ductwork to fill the interior space with warmth.

In the summer, the process is reversed: heat is extracted from the air in the house and transferred through the heat pump to the ground loop piping. The water solution in the ground loop then carries the excess heat back to the earth. The only external energy needed for Geoexchange is the small amount of electricity needed to operate the ground loop pump and fan. It is more efficient and environmentally superior to 'transfer' heat than to 'create' it through combustion.

Not really. The basic technology has been around for more than 70 years, and many homeowners and businesses have been enjoying the benefits of Geoexchange for much of that time.

In recent years, though, many improvements have been made in the materials used, the installation methods, and the efficiencies of the compressors, pumps and other equipment.

What are the major benefits to the homeowner?

Homeowners enjoy lower utility bills (60% to 80% lower than with conventional systems), lower maintenance, and higher levels of comfort, year-round. Even more than that, though, they have the peace of mind of knowing they're being environmentally responsible.

Since a geoexchange system burns no fossil fuel to produce heat, it generates no greenhouse gas emissions than a conventional furnace, and completely eliminates a potential source of poisonous carbon monoxide within the home. Even factoring in its share of the emissions from the power plant that produces electricity to operate the geoexchange system, total emissions are far lower than for conventional systems.

Can you be more specific about the environmental advantages?

According to data supplied by Natural Resources Canada and by the U.S. Department of Energy and EPA, a typical 3-ton residential geoexchange system produces an average of about one imperial pound less CO 2 per hour of use than a conventional system. To put that in perspective, if just 100,000 homes converted to geoexchange, Canada could reduce its CO 2 emissions by 880,000,000 lb.

That would be the equivalent of converting about 58,700 cars to zero-emission vehicles, or planting more than 120,000 acres of trees.

And the waste heat removed from the home's interior during the cooling season can be used to provide virtually free hot water-resulting in a additional savings in hot water costs of about 30% to 50% annually, and lowering emissions even further.

Installing geoexchange and enormously reducing your consumer electricity and heating bills, needs, and usage, are very helpful in helping Canada meet our national energy policy goals regarding Kyoto. In that sense, geoexchange is a very Kyoto-friendly technology.

Is geoexchange used primarily in homes?

Perhaps surprisingly, no. While many homes have been fitted with geoexchange systems, commercial enterprises, including factories, retail stores, office buildings and schools are the biggest users of geoexchange to save energy and protect the environment. In fact, there are more than half a million installations in North America today.

For example, worth particular note is the pioneering effort of Enwave District Energy Limited in bringing the geoexchange principle to the downtown Toronto core via a partnership with NRCan. From Queen's park to the waterfront, the Toronto Hydro subsidiary will cool 50 million square feet of office space by using the deep water of Lake Ontario, starting in 2003.

Particular advantages come to building heating systems which can generate scale, such as district systems (like Toronto, a utility or a developer could respond to customer demand and install geoexchange for an entire suburban neighbourhood street or a large apartment building) or common institutions. In the United States schools have been a particularly popular place for the use of this technology. Across the continent, schools using geoexchange right now are saving an estimated C$45,000,000 in energy costs-which can be used instead for better educational equipment and more teachers. These schools also save all of us half-billion pounds of CO2 emissions per year.

If we make the same comparison across all commercial and residential segments in Canada, the potential for environmental benefit is staggering.

What about a very cold climate-does geoexchange work well?

Yes, geoexchange technology can be used in any part of the country. Why? Because it transfers heat to and from the earth, which remains at a relatively constant temperature, rather than the air, where temperatures can vary greatly. Many of Canada provinces aim to serve isolated customers, especially those in the far north, with geoexchange technology.

That depends on when you measure cost. While geoexchange costs more to install in homes than conventional systems, because of the ground loop piping, geoexchange systems typically have the lowest life-cycle cost of any heating and cooling system. Heating and cooling costs for a typical 2,000-sq.-ft. home can run as low as $1 a day.

Moreover, installation costs have declined substantially in recent years, and they're expected to continue to fall, as more builders and contractors offer geoexchange systems, and as the industry develops innovative ways to install the systems faster and more efficiently.

Altogether, geoexchange systems are a very sound investment. The amount they save the homeowner every month in energy costs is more than enough to offset their higher installation cost. 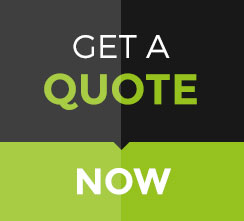